by Veruschka Mungroo
in Canadian Culture
0

Sourced from: Wikipedia - “History of Immigration to Canada”

Most popularly known as “The Land of Immigrants”, Canada as we know it today is built on the foundation of immigration from as early as the first European colonizers of the 16th century.

This trend which presently continues forms the backbone of the country’s long term economic growth and today Canada with a population of 37 74 1540 (according to United Nations 2020 data) boasts the highest percentage of foreign-born citizens, more than any other G8 country including the United States and, has globally become synonymous as a nation of newcomers.

According to the IRCC (Immigration, Refugees and Citizenship Canada), “industries such as information technology, farmers, producers, and manufacturers rely on the talent of newcomers to maintain supply chains, expand their businesses and, in turn, create more jobs for Canadians.”

Currently, annual immigration in Canada amounts to around 300,000 new immigrants – one of the highest rates per population of any country in the world. As of 2020, there were just above eight million immigrants with permanent residence living in Canada – roughly 21.5 percent of the total Canadian population.

But where did it all begin?

The Great Migration of Canada was a period of high immigration to Canada from 1815 to 1850, involving over 800 000 immigrants chiefly from the British Isles. Unlike the later 19th century/early 20th century when organized immigration schemes brought in much of the new immigrants to Canada, this period of immigration was demand driven based on the need for infrastructure labour.

2. Immigration to the West

Attempts to form permanent settlement colonies west of the Great Lakes were beset by difficulty and isolation until the building of the Canadian Pacific Railway and the second of the two Riel Rebellions. Despite the railway making the region more accessible, there were fear that a tide of settlers from the United States might overrun British territory. In 1896, Minister of the Interior Clifford Sifton launched a program of settlement with offices and advertising in the United Kingdom and continental Europe. This began a major wave of railway-based immigration which created the farms, towns, and cities of the Prairie provinces.

The third wave of immigration to Canada coming mostly from continental Europe peaked prior to World War I, between 1911 and 1913 (over 400,000 in 1912), many from Eastern or Southern Europe.

The fourth wave came from Europe after the Second World War, peaking at 282,000 in 1957. Many were from Italy and Portugal. Pier 21 in Halifax, Nova Scotia was an influential port for European immigration; it received 471 940 Italians between 1928 until it ceased operations in 1971, making Italians the third largest ethnic group to immigrate to Canada during that time period.

Immigration since the 1970s has overwhelmingly been of visible minorities from the developing world. By the late 1980s, the fifth wave of immigration has maintained with slight fluctuations since (225 000 – 275 000 annually). Currently, most immigrants come from South Asia, China, and the Caribbean and this trend is expected to continue.

Canada’s cultural identity has evolved constantly in tandem with changes in immigration patterns. 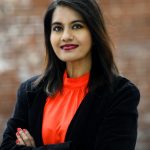